All About Dhaka National Medical College and Hospital (DNMCH)

MBBS in Bangladesh in DNMC for Indian Aspirants

Along with other programs, the Non-Cooperation Movement urged upon the People of the sub-continent to boycott educational institutions established and administered by the British Govt. and to establish National Schools, Colleges and Institutes for modern scientific education by the local people themselves.

The Dhaka National Medical Institute was established at Dhaka near present-day Bahadur Shah Park on land donated by Zamider Raghunath Das. Many Nationalists donated money for its construction & establishment.

The First Governing Body of the Institute was formed under the chairmanship of renowned scientist Sir Prafulla Chandra Roy KBE.

In the First Batch, 63 Medical Students got admitted to the College in 1994-95 sessions. In last year’s session 2020-2021, 130 students get be admitted to the 27th batch. Indian Student admission process coordinate by Smile Education head office in Calcutta. For all admission-related Indian students request to contact Smile education. Already a total of 1281 graduate Doctors have been passed from the college and they are working with fame at home and abroad. Now the college has emerged as one of the best Medical College In Bangladesh. 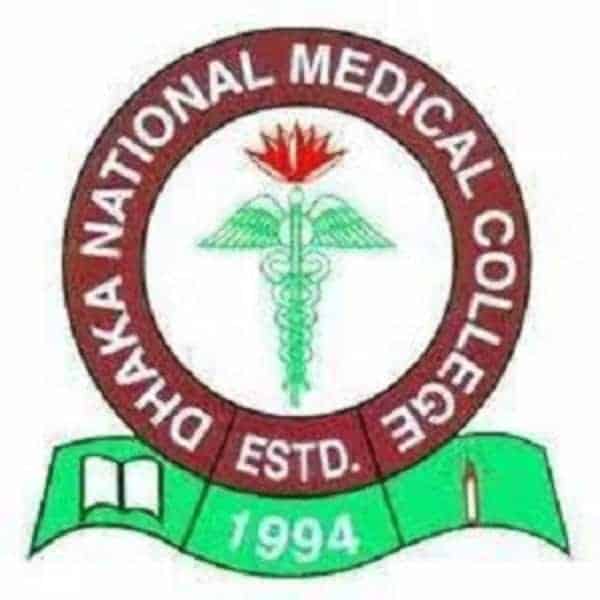 The Institute consisted of –

In 1958, the 4 years Medical course (LMF) was closed by the then Provincial government of East Bengal to be replaced by a 5-year Medical degree course (MBBS) after I.Sc.

Just after the liberation of Bangladesh in 1972, the hospital’s condition was on the verge of collapse due to financial crises and the absence of any Administrative Body as the previous Governing Body and the Trustee Board of the Institute were almost absent.

Father of the Nation of Bangladesh Bangabandhu Sheikh Mujibur Rahman took initiative by himself to rescue the Dhaka National Institute Hospital and granted a Taka of five lac immediately for running the hospital and an Ad hock Governing Body was formed for the Institute Hospital under the chairmanship of Mr. M. Sirajul Islam MPA for the smooth administration and development of the hospital. Mr. M. Sirajul Islam took the active initiative to take the donation of Taka twenty-five lac from Bangladesh Assistance Society of India.

A rule was made by the Govt. of Bangladesh for the Dhaka National Medical Institute Hospital (DNMIH) that a Management Board will be formed henceforth for every four years of its proper administration and a yearly financial grant will be allotted for the hospital according to the need assessed by the Ministry of Health & Family Welfare, Govt. of Bangladesh.

The Governing Body of the college is formed by the University of Dhaka for the overall management of the College. Now Prof. Dr. M. Iqbal Arslan is the Chairman of the present governing body of the college. Under his direct leadership, the master plan of the vision to build up the digital Bangladesh of SK Hasina is in progress.

Recent Developments of College And Hospital: 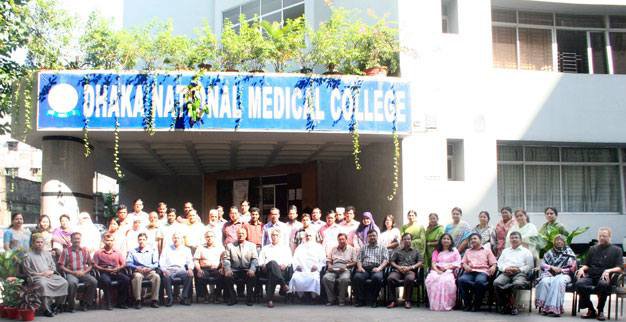